Worldwide community of WE 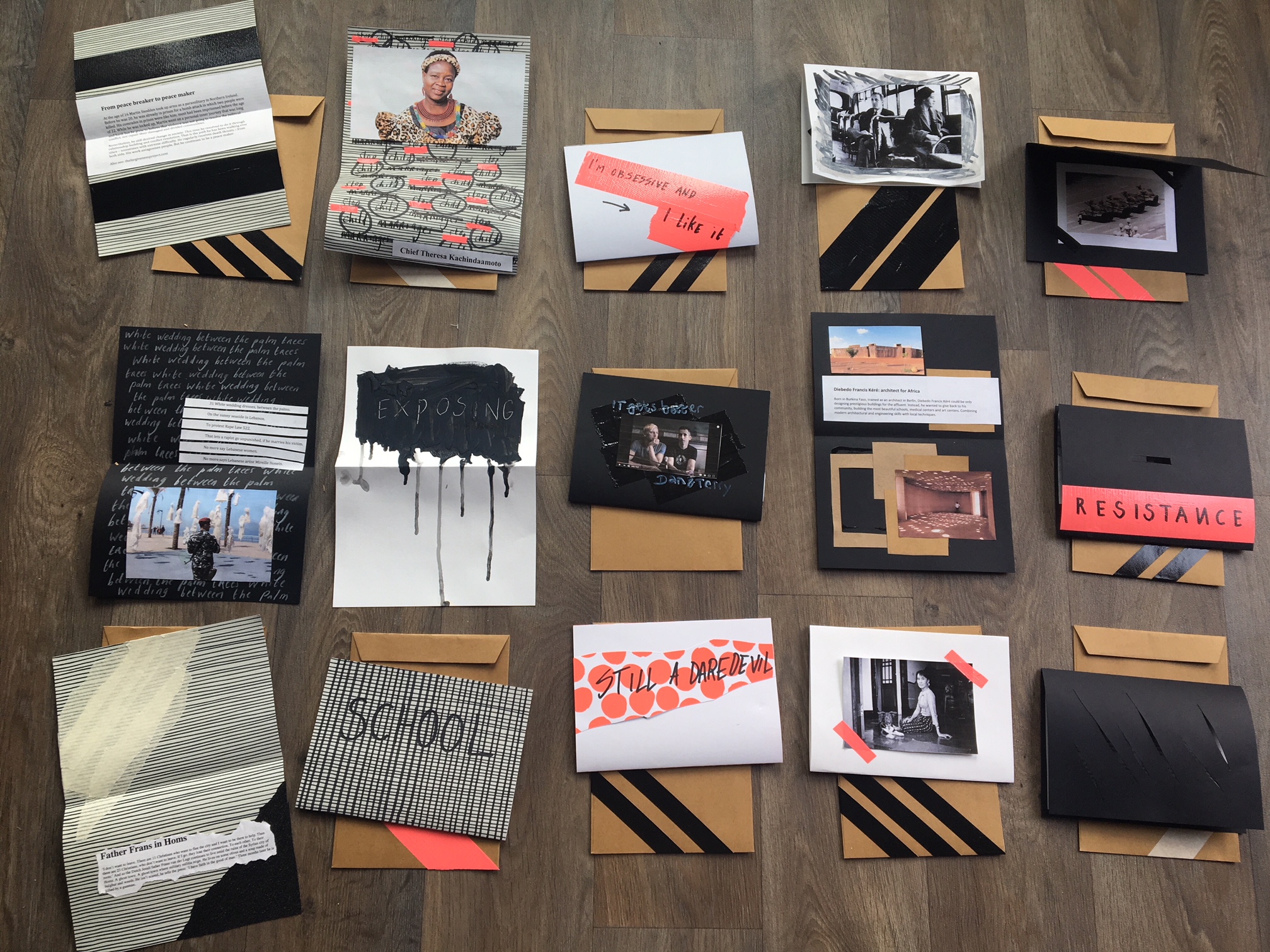 Tchibo, a German coffee brand and chain of stores, has a fresh take on improving working conditions in the factories they source their products from. They are working to achieve this not by power or force, but by dialogue. Between 2016 and 2018 I did the communications for the worldwide community of facilitators who host these conversations in the factories.

The factories Tchibo sources its products from and where Tchibo’s dialogue programme (called WE Programme) is up and running, are located in nine countries: Vietnam, Cambodia, Myanmar, China, India, Bangladesh, Pakistan, Ethiopia en Turkey. High risk countries, where the safety of workers is often at risk and underpayment and abuse of workers is rampant. In these factories local WE-facilitators host dialogue sessions with workers, factory owners and managers to increase awareness of human rights and change the factory culture step by step.

With two other colleagues of Bring on the Zoo (BOTZ), the Dutch agency that designs and coordinates the WE Programme, I developed and carried out the communication with the facilitators. Together the facilitators form a worldwide learning community. They share knowledge, experiences, methods, cool videos and articles almost daily, to get better every day at this difficult job in a complex reality.

We facilitate this learning process anyway we can. As said, they already share knowledge, experiences, methods, cool videos and articles almost daily through WhatsApp. In a monthly email update we select the most beautiful examples and lessons learned of the past weeks, give an overview of who is doing what and we offer additional learning materials and inspiration. Apart from that we collect (and tell) stories about successes and difficulties in the factories. For the tenth anniversary of the WE Programme we also made a magazine for the facilitators, potential new factories, Tchibo employees and other stakeholders.

Every six months Tchibo brings the facilitators together to share experiences, learn from each other and to be trained. For the meet-up in Shanghai in 2017, where the topic was ‘Courageous conversations’, artist Tessa de Swart and I created the ‘Ministories of courage’. These were stories about ‘usual people who do unusual things’, told in five, six lines integrated into a cool, handmade visual. These were hung in envelopes in the training space, where the participants could open them whenever they were in need of some encouragement. 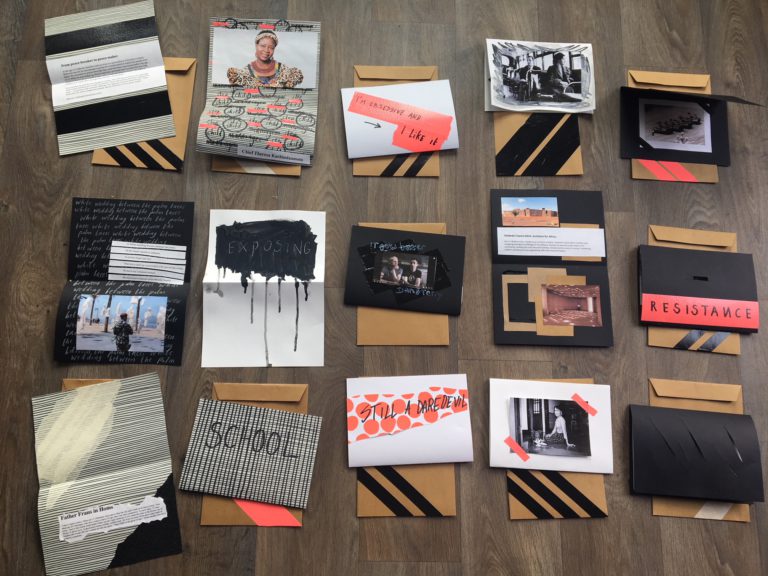 During another meet-up in Hamburg I did my activist poster workshop. The time slot I had for my workshop was tight and the result had to look good, because after the poster workshop an event for stakeholders was planned in the same space and we wanted the posters to be there and speak about the facilitators work in the factories. So for the materials I chose a coordinated colour palet to make sure the whole would easily look good. The facilitators had been under a considerable pressure during the training days before and when the workshop started it was a breath of fresh air for them and a huge tension release and energy burst took place. They created absolutely wonderful posters, with strong messages and great design.

But the best was yet to come. After returning to their countries, the team of facilitators in Bangladesh shared pictures of the poster workshop they had done at a number of factories in and around Dhaka. With the factory workers involved in the dialogue sessions of WE Programme, they had created posters on human rights in the factory to increase awareness among their fellow workers. Then they did a silent march with the posters across the factory to attract the attention of their colleagues.

Afterwards they spoke with their colleagues about the content of the posters and left the posters on the wall. These factories are gigantic. Often they have 3000 workers, spread over 7 floors or more. The workers did the so called Poster Parade on one floor, left de posters hanging for three days and then the repeated it on the next and so on.

When the Bangladeshi team started sharing these pictures, facilitators who had missed the poster workshop contacted me and started asking me lots of questions about the workshop. I then decided to repeat the workshop, but on Zoom (a kind of Skype) this time. I wanted to find out: does a creative workshop work online? As it turned out, it did. Very much so. Even in an online space, with participants spread out over the world, in Cambodia, Vietnam, Bangladesh, China and Germany, you can achieve a wonderful creative vibe.

Meanwhile the team of facilitators in India, China and Vietnam have started the poster workshop and poster parades. Photo’s of cool sessions across the world keep pouring in. Now, let’s hope it has a real impact on human rights and working conditions in the factories. Permanently.

‘I have been involved in a lot of change facilitation and in a lot of communication about these topics,’ zegt Abdullah Zafar van het team Bangladesh over de posterworkshop. ‘Whenever we needed a poster we developed a concept, hired a designer or an artist. It cost us time and lots of money. Now, if the workers make the posters themselves, not only does it make the poster production cheaper and quicker, but also more accessible. The workers can think of an idea and do it immediately. It empowers them. And the poster speaks more to their colleagues, because they are their own. Your workshop gave me a big boost to develop this working method in the factory.’