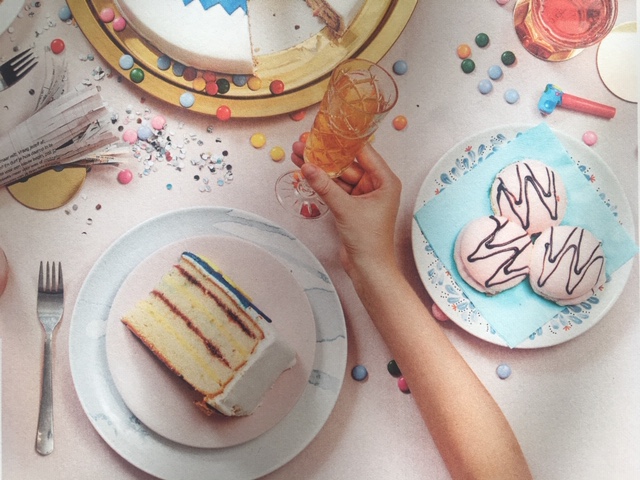 Designers Elien van Egdom, Barbara Pilipp and I developed a co-worker magazine for IKEA Netherlands. The concept: a magazine that is produced almost completely by the co-workers themselves. We support the co-workers in this process. The magazine won the Grand Prix Content Marketing, category Magazines, in November 2018.

Globally IKEA faces a challenge: its business is disrupted, by the emergence of gigantic competitors such as Amazon.com and Alibaba.com. But also by a generation of city slickers who don’t want to get into a car and drive outside of town to shop or – in the slightly more distant future – the given that buying new stuff continuously is no longer feasible.

IKEA has to change gear. It is learning to try fast/fail fast. Little (pop-up) stores in the inner cities, the production of radically recyclable furniture, the leasing of furniture; these are a few experiments IKEA has done recently. And from now on it has to continue experimenting continuously. To know your next experiment, you have to get under the skin of the customer and the co-worker. The co-worker needs to feel even more like an ambassador for IKEA.

Top-down is a thumbs down

That calls for a different kind of communication with the co-workers. Definitely not a  topdown, far away, centrally produced staff communication, but communication of the co-worker. Communication that invites co-workers to join in the production, to co-create, to experiment and create something useful and beautiful with your colleagues. Because: TILLSAMMANS. At IKEA you never work alone. You do it together.

That communication is the magazine IKEA Connect. The editors: a team of fresh co-workers for every edition, straight from the store. Content: 80% made by themselves.

The co-workers form the editorial board and decide on the topics, do the desk research and produce the content. From tiny news items to back ground articles. From photos to cover. Elien, Barbara and I support them in this process, together with Emma Luiting, internal communications officer at IKEA. We facilitate the editorial meeting and are in regular contact with the co-worker editors during the magazine production.

In the magazine content the IKEA co-worker is in the lead as well. An important principle for deciding on who to interview is: ‘He/She who knows, may speak.’ What matters is how much you know about a topic, not your hierarchical position.

If it’s not sustainable it’s not IKEA

The magazine has an unusual form. It consists of one huge sheet of paper that has been folded in a smart, innovative way. You browse through it as a magazine, but once you finish reading it, you can unfold it completely. The back reveals an enormous poster that always has interactive, creative and tantalising content. Such as a construction design for a home accessory, a poster with tips for sustainable living, a sheet of wrapping paper or a ‘board’ game.

In any case, content that spurs you into action or is cause for a conversation. This makes the magazine more sustainable: it’s a reason for keeping the magazine after reading it. Because the magazine consists of one standard plano sheet, paper waste is reduced to a minimum in the production of the magazine. And it’s cheaper. The magazine form in which all pages are connected also stands for just that: connection. Between co-workers and with the customer. Hence the name: IKEA Connect.

Ambassador of the magazine

The reception of IKEA Connect suprised us all. The magazine is very popular. As soon as the latest edition falls on the door mat of co-workers at home, positive comments and shares wash over the internal social media. Co-workers recognize themselves in the magazine, read it avidly and want to take part in the production. Every edition new co-workers reach out to Emma asking to join the editorial team and co-create Connect magazine. They become ambassador for the magazine and for IKEA.

In 2018, for the 75th anniversary of IKEA Global and the 40th anniversary for IKEA Netherlands, we also made an eighty-page anniversary issue, based on the concept I describe above.